I think it’s pretty safe to say we’re Game of Thrones obsessed…like UHB-sessed! Since we’ve read all of the books it’s fun to see how HBO will adapt the story to the small screen and see our favorite moments come to life in the epic way that only HBO can manage. We’ve decided to throw a party for GOT premiers and/or finales every year as a fun tradition. We kept things similar to last year’s finale party, but added a few touches to represent the families that will play major roles this season. 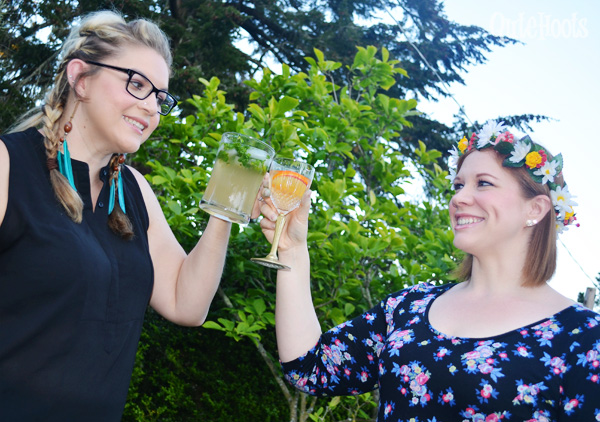 We dressed in a modern day interpretation of the characters. Jessica was Daenerys, and I was Sansa! For Dany, Jessica braided her hair and wore a chiffon flowing top. For Sansa, I wore a flowered dress and made a flower crown.

Over time, we have acquired a really nice set of Thrones décor. We source local thrifts, yard sales, and estate sales for items that are metal, crystal, wood, or jewel toned for the best affect. Etsy can be amazing for unique pieces, but is a bit pricier. I made the dragon eggs using a Styrofoam egg covered in overlapping paper circles that I sealed with Mod Podge. We used roses throughout our décor to symbolize House Tyrell. Andrew informed us we were so wrong by choosing red instead of yellow, but hopefully you get the point!

We chose rustic appetizers and a couple of themed desserts for our party this year. We included grapes, purple and orange carrots, peppers (a nod to Dorne), salami, and brie with crackers. Our desserts were apple cider cupcakes and well…. cake rocks from….the shores of Storm’s End. This was a bit of a Qute Hoots fail. We wanted to make direwolf cake pops (wouldn’t that be awesome?!?), but I added a bit too much frosting to the crumbled cake mixture so it was not firm enough to stay on the sticks. Our candy melts were lumpy and gray by that time, so we made rocks. Never let a mistake get you down- you can always create something new! 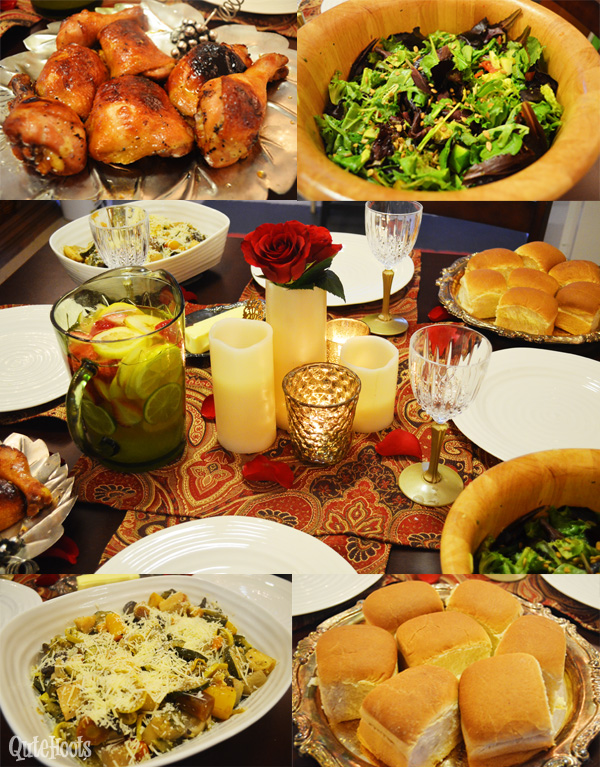 Dinner was so delicious! We made honey baked chicken (I did not use the ginger called for in the recipe), roasted root vegetables with peppers and onions, rolls, and a fresh green salad with balsamic dressing. For beverages we made a tasty sangria with citrus and strawberries and had Game of Thrones blonde ale.

The party was so fun, and the episode was amazing!